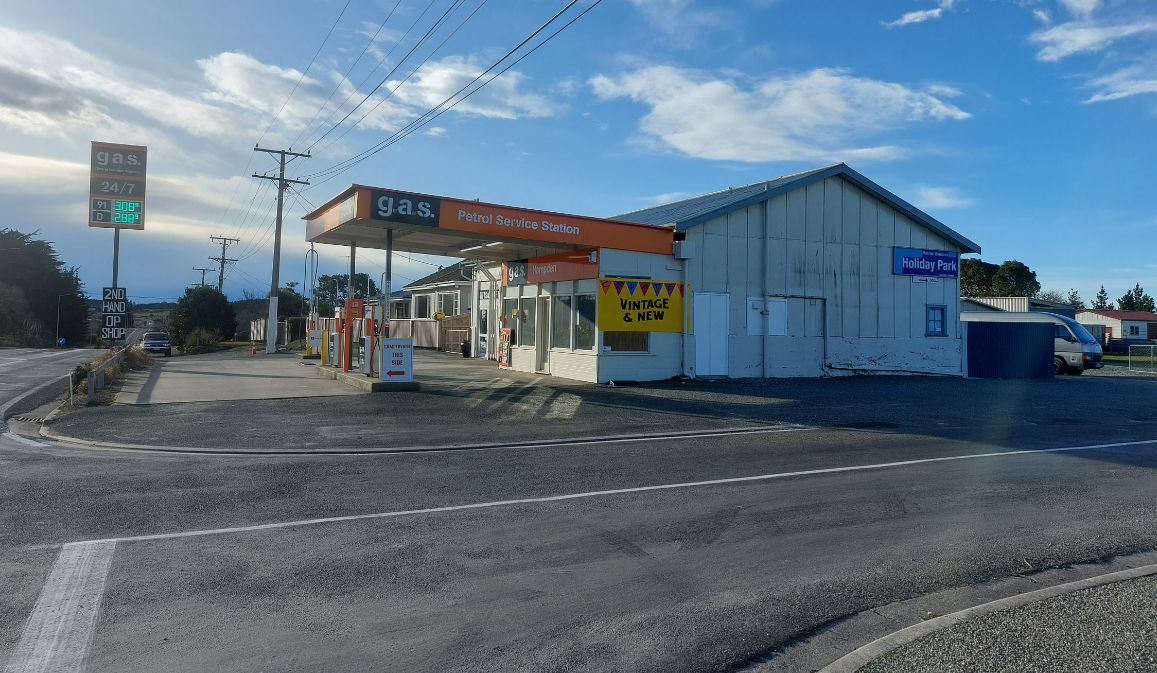 The owners of the Hampden garage had transformed the front of the original premises to include a craft retail shopping area for their customers.

However, with space at a premium, they called JD Builders to help them create their dream of additional office and storage space at the rear of the building.

Scope of the project:

Framing for the false ceiling and wall around the door, a new door to allow access to the mezzanine level above for storage. With GIB still in short supply, they opted for MDF sheeting as an affordable alternative. We also were required to add MDF cladding for internal walls. Sliding door to the craft shop to be switched to the other side with the addition of a pelmet, architraves, skirting, and, trim for coving.

The framing was constructed during July along with MDF sheeting for the ceiling being applied. Being an old building, nothing was level or plumb, a laser level was used to ensure we had an accurate starting point for the ceiling. The outer wall and its windows provided a few challenges as it literally went from a low point to a high point and then back to a low one. Added to this, the wall was not straight, which meant a considerable amount of time was required to ensure the framing was correct.

Previous builders/DIY had done some ad-hoc work which we needed to rectify before we could proceed with sheeting.

During August we completed all of the MDF sheeting for the walls, along with architraves, skirting, and trim for the ceiling. Switching sides of the sliding door with a pelmet above.

Our client was ecstatic at the end result, which turned out far better than they could have imagined. 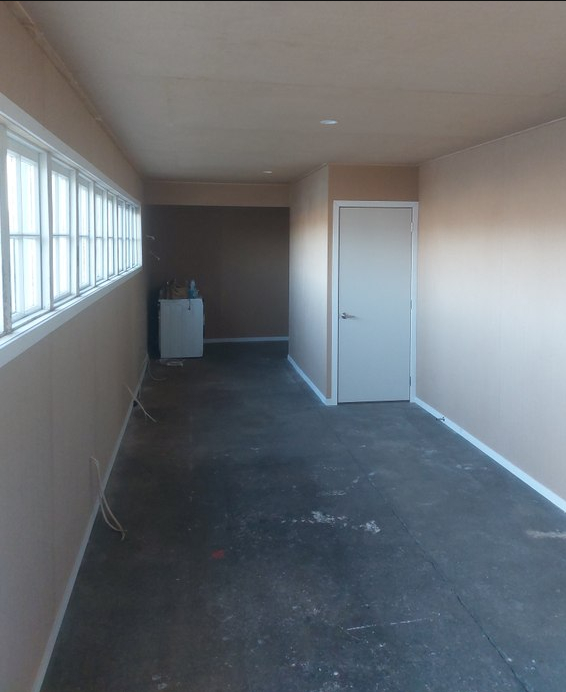 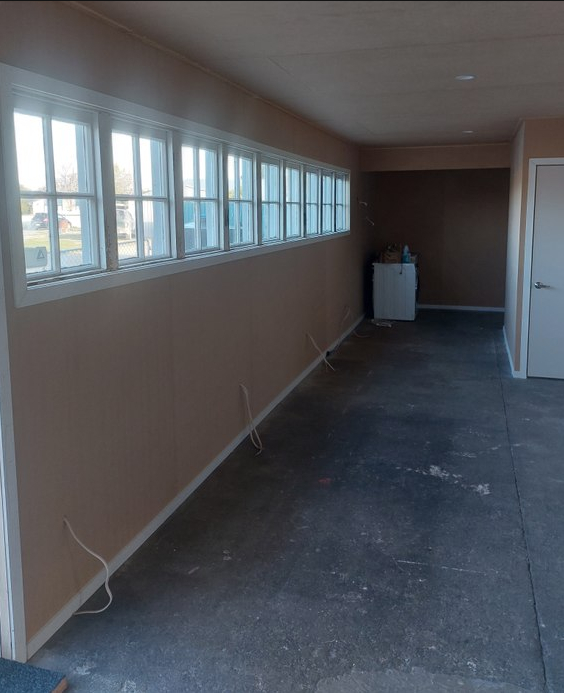 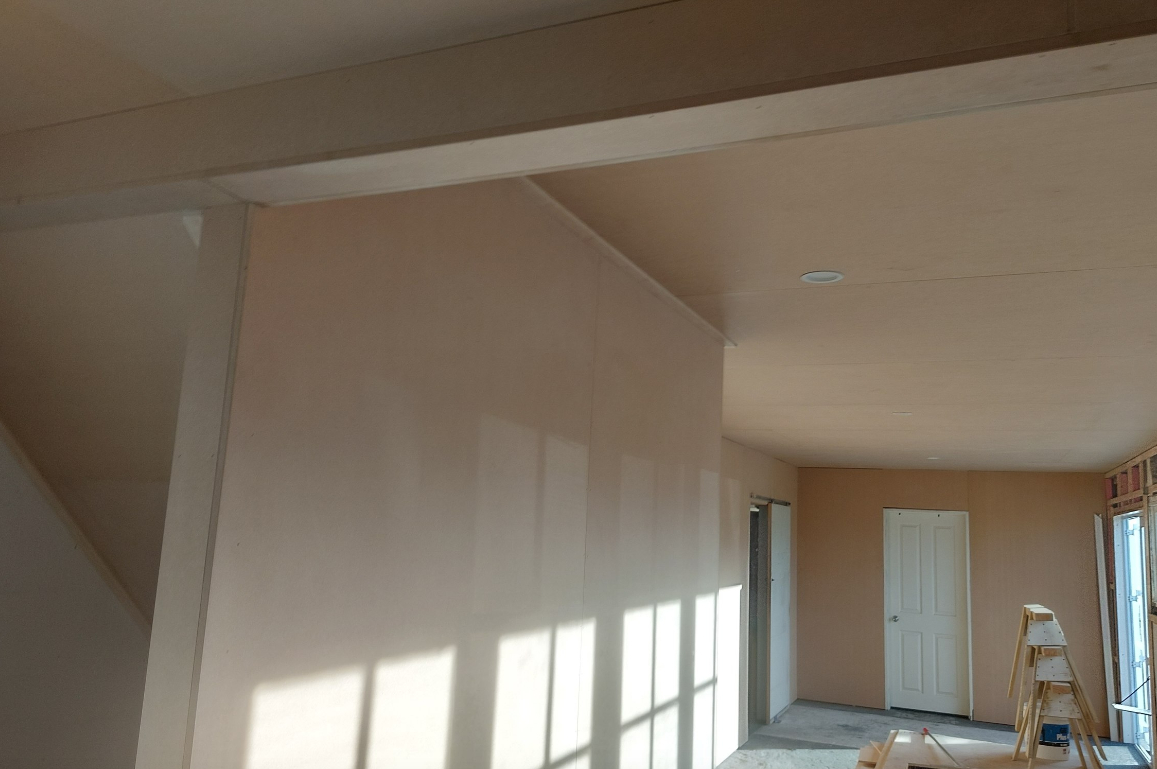 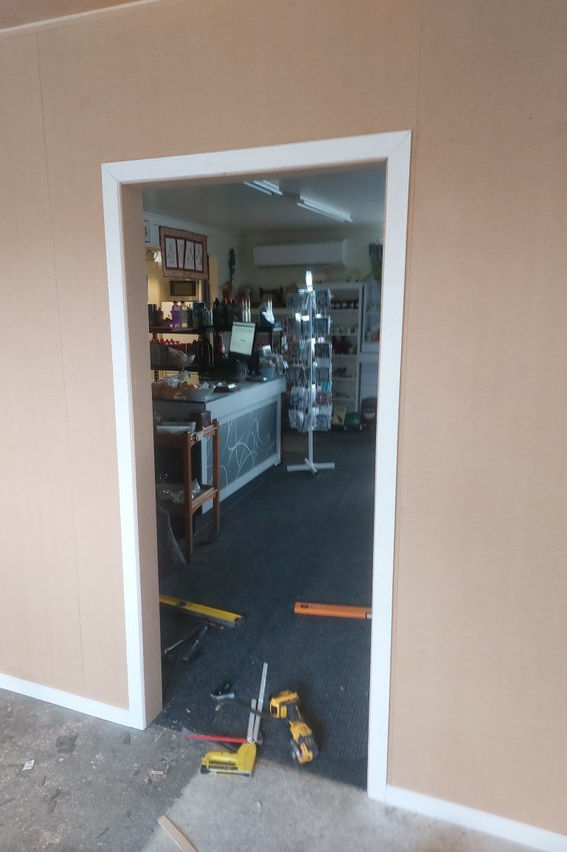 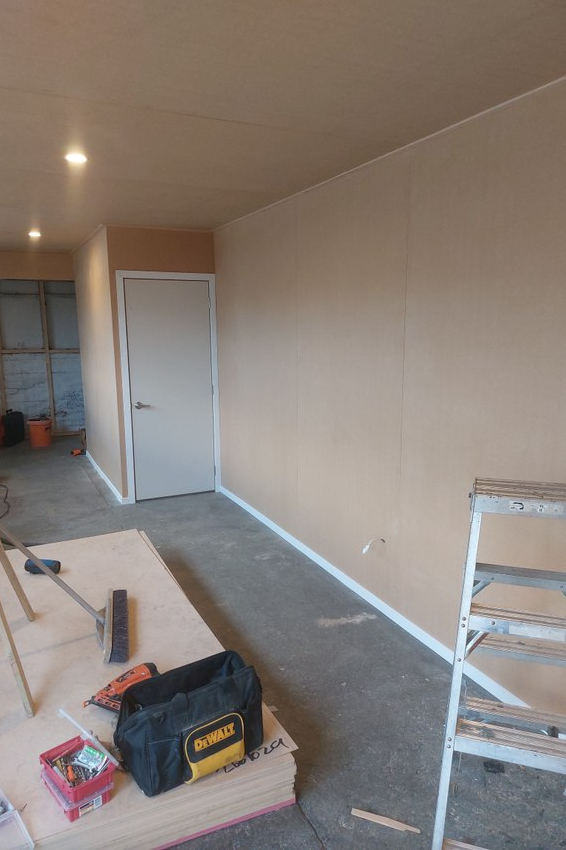 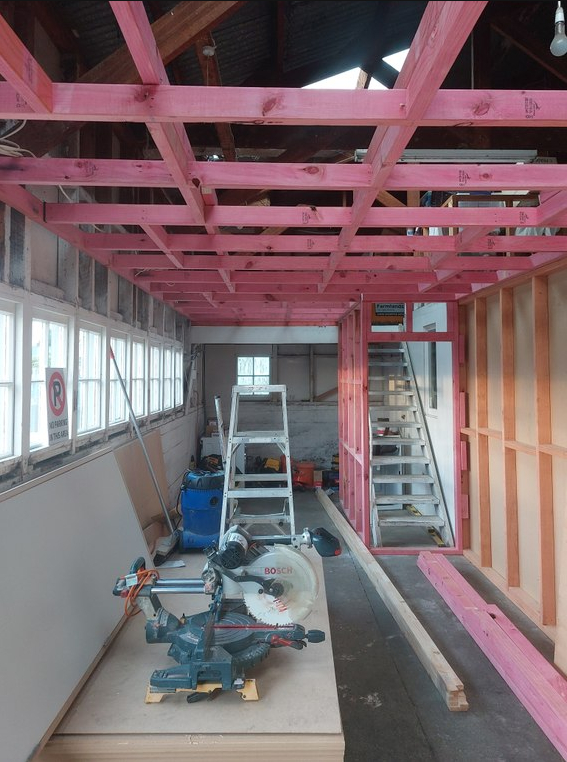